Marlene and Lillian May ensure that their world-wide teams of Videographers, DPs, On-Camera and Voice-Over Talent, Producers, Lighting Directors, Sound Techs, Editors, Copywriters, Translators, and Grips work together to bring you the exceptional quality results you want!

The May sisters deliver a strong, comprehensive and personal approach to every production MIP executes!

Expertise is our Greatest Asset 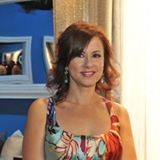 Award-winning producer, Marlene May has worked for over two decades as a freelancer, interviewing hundreds of celebrities throughout the years for shows like EXTRA and Inside Edition, as well as People en Español’s behind the scenes VNRs.

Marlene has been honored with several coveted Emmy Awards in the news-oriented specials category for her work as an Executive Producer for the Telemundo Network, and numerous national awards for corporate work as a direct result of her intense dedication to high-quality production. Prior to becoming an independent producer, Ms. May worked in the broadcast news media for ten years. Notably, she was employed by CNN, the Cable News Network, as executive producer of the first-ever daily Spanish-language news broadcast produced by an American television network, which is still on the air.

As a Senior Producer and Field Producer with the Telemundo and Univision Networks, Ms. May covered events including the fall of the Berlin Wall, Papal visits to Mexico and Colombia, the Salvadoran civil war, the ouster of Baby ìDocî Duvalier, as well as numerous political conventions, campaigns and elections in both the United States and in Latin America.

Ms. May moved from an internship into an associate producer and assignment desk position, while still attending the University of Miami School of Communications, where she obtained a double major in Broadcast Journalism and Television and Motion Picture Production. 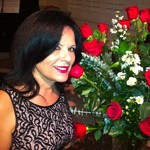 Emmy Award nominated co-founder Lillian May began her advertising, marketing and production experience with Visual Dimensions, a local video production company, while obtaining her University of Miami education. Although she was hired to develop marketing strategies and campaigns, she was soon involved in the writing, directing, and producing of industrial videos and television commercials... awakening her desire to persue the field of all things visual and marketing. Subsequently, Ms. May earned her bachelor degree in International Finance and Marketing and won the University's Marketing Award of Honor. Ms. May also taught Marketing Foundations and International Economic Policy at the University of Miami’s School of Continuing Studies. She then went on to graduate with a Master in Business Administration.

Upon graduation, Lillian was hired by Cordis (now owned by Johnson and Johnson) in 1983. Due to her Marketing and Finance education, Ms. May went on to be promoted to work under the V.P. of Marketing, the Treasurer and President of Cordis Bio-Synthetics, the V.P. of Cordis Corporate Research, and Cordis’ Treasurer.

Her wide range of experience in the research and development, marketing and financial divisions of this large multinational impressed upon Ms. May the essential formula for success to be effective in business communication as well as cost effectiveness. Today, Ms. May lends her expertise to May International Productions in the development and implementation of marketing, promotional and production strategies, providing individual supervision of campaigns.

Our work speaks for itself! Check out our portfolio!

Get Social with Us